Is the Code Enough? Part 2 In this post, we are going to look at kitchen ventilation, specifically range hoods. The codes pertaining to kitchen ventilation have a bit more “gray” area then with bathroom exhaust and in some areas a range hood might not even be required. We’ll start there. This is where you will definitely want to exceed the code. We have spent a good amount of time in previous posts detailing the benefits of a range hood, so going without one in our opinion is just not an option. One reason that could be given for not requiring a range hood is because of other exhaust in a kitchen. While having an exhaust fan anywhere in the kitchen is better than nothing, unless the fan is located right at the source of contamination, it just won’t be effective. Think about this, if the exhaust fan is in the center of the kitchen and you are cooking, where are the contaminates going? Yep, you are standing in the direct line of airflow that has all the contaminates in it.

Another popular code states that you need at least 100 CFM (Cubic Feet per Minute) of airflow. At least now you are exhausting air, so that is getting us closer to where we want to be. Unfortunately, 100 CFM is not a lot of power for over a cooking surface. A lot will be determined by your cooking habits. If you are just warming up some soup or using one burner to cook some eggs – 100 CFM might be fine. If you have two or three burners going, you will need more power. There is also a considerable jump in needed airflow from using a gas cooktop from electric. Just the nature of gas burning is going to produce more harmful contaminates that need to be exhausted.

Some people at this point might jump to the conclusion that to be safe, I am going to get the most powerful range hood on the market and suck every last bit of air out of the kitchen. While this would solve the issue of any contaminates staying in the air, it also has some negative effects. There is a balance between exhausting enough air and exhausting too much air. In some states if you go beyond a certain CFM level you need to introduce make-up air. Simply put, you need to replace the amount of air you are taking out of the home with fresh outdoor air. You will hear it called air balancing. The CFM level that cannot be exceeded is usually in the 300 CFM to 500 CFM range.

Here is the good part. Most range hoods have two or more speeds so you get at least two chances at getting the CFM right. Think about how you cook, what size cooktop you have, does it have anything like a griddle or grill top? Then you can make a better determination on what kind of power you need. Look to match your “everyday” cooking habits with a lower speed then have those higher speeds for times when you need it. As always, we suggest consulting with a professional who knows the codes in your area before making any decisions. 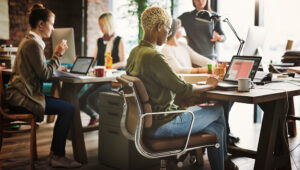 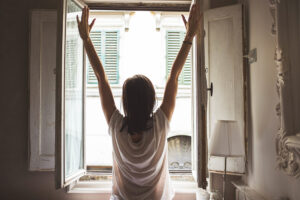 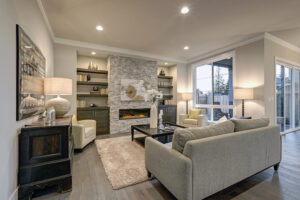 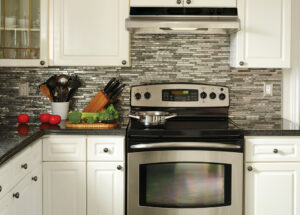 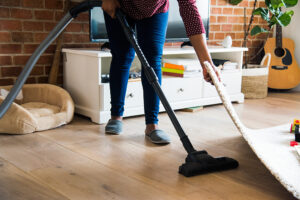