The topic of do fans cool is one that has been debated for decades. As with all debates there are two sides to it. When we say fans, we are referring to products like box fans, pedestal fans, pivoting fans, window fans and so forth. Let’s also get this out of the way from the start – we are a fan manufacturer so our opinion might be slightly bias. What we hope to do in this post is to give you the information to make your own determination.

Why People Say Fans Do Not Cool

This is a fairly simple answer. You will hear fans referred to as “air circulators” because that in essence is what they are doing – circulating the air. The types of fans we are talking about do not have any refrigerant or “cooling” devices attached to them, they simply move the air from one area to another. Because of this there is no temperature change in the air itself. This is more of a scientific answer to the question of do fans cool? So when they say that fans do not cool, technically they are correct. Before you stop, read on for the rebuttal.

Why People Say Fans Do Cool

Scientist make a strong argument that fans do not cool but there are two ways that we hope to show you that they do indeed cool. The first is in a room. In this scenario we can actually use scientific methods to show that fans do cool a room. Here is how they accomplish that.

Next we move to perceived cooling. Perceived cooling is simply making your body think it is cooler. A perfect example of this is if you stand outside on a hot, sunny day and there is no breeze. It probably doesn’t take long for your body to tell you it’s hot. Now stand out in those same conditions but now a nice breeze starts to blow and all of a sudden your body feels cooler. The temperature of the air hasn’t changed – it’s the same but for some reason your body feels cooler. Now there is a scientific reason for this in that the air is removing the warm moisture (sweat) build up on the skin which is how your body is cooling itself. We’re not going to get too far into that – a Google search can help you understand that process. The point is that our bodies perceive that it is cooler even though the temperature is not. Using a fan is the “breeze” that tricks our bodies into thinking it is cooler, making it more comfortable.

So where does this leave us in the debate of Do Fans Cool? We agree that if you want to get down to the technical level, fans do not cool. However we hope we have given you enough information to combat that argument with a yes, but….

To learn more about the air circulating fans that Air King offers including box fans, pedestal fans, window fans as well as industrial grade fans and more, utilize the menu links at the top of this page. 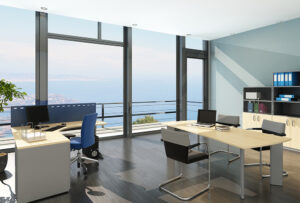 The Weather is Warming Up – Air Circulators to the Rescue 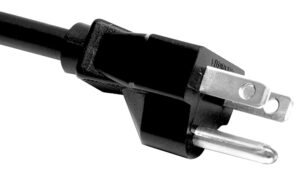 The mystery of the 3 prong cord 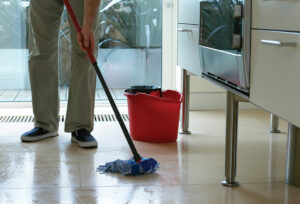 Using fans around the area, the force of the air rushing across the floor will speed the evaporation process 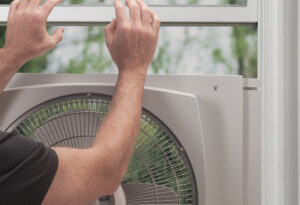 A window fan will exhaust the hot air out of the home and bring the cooler, fresh air into the home